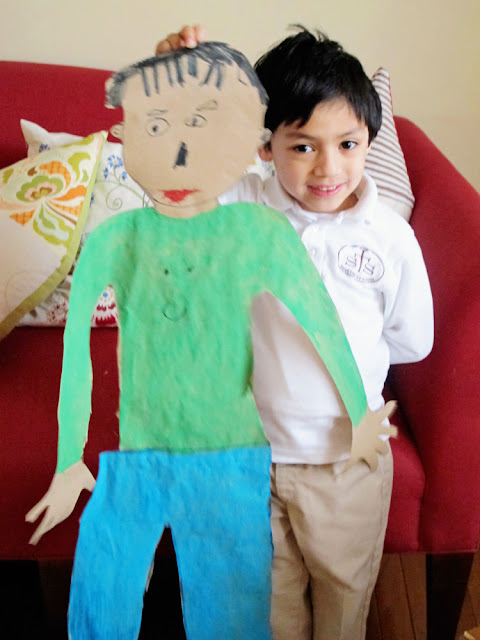 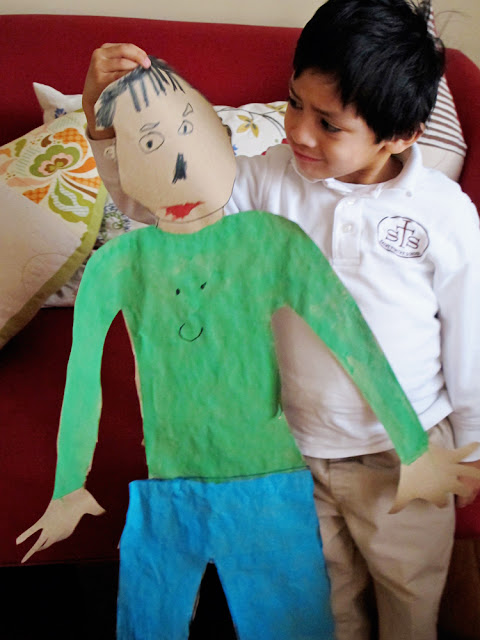 Alfredo told his teacher all about making his paper twin yesterday at school. This morning, just before we left for school, he asked me to take a picture of him for his teacher. And then we cooked up a funny idea...wouldn't it be fun for each student to make one and, on April Fool's Day the paper versions of the students could sit at their desks. The teacher could call the principal or someone else into the class while all the children hide. Alfredo was so tickled with this idea that he couldn't wait to get to school to tell it to his teacher. ﻿ 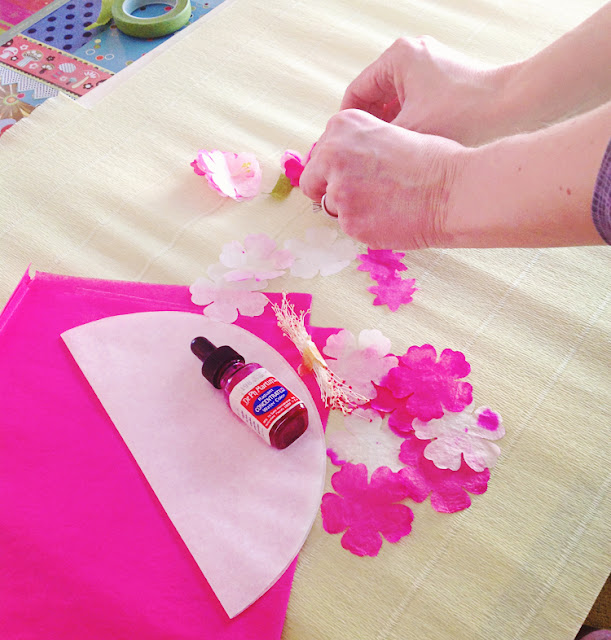 Pam was over yesterday helping me photograph a project for the Spring issue. She snapped this of my prepping a photo of the steps for something super gorgeous. Can't wait for you to see!﻿
love, amy at 7:24 AM No comments:

New charms from Michaels (only $2.50 each) added to a fossil charm necklace (snow globe charm from fossil) 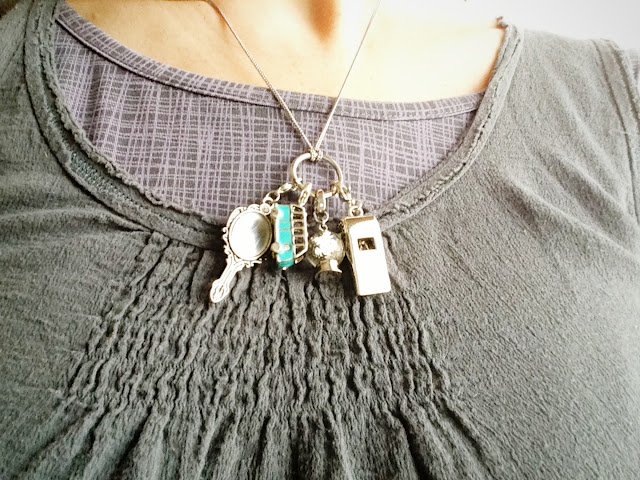 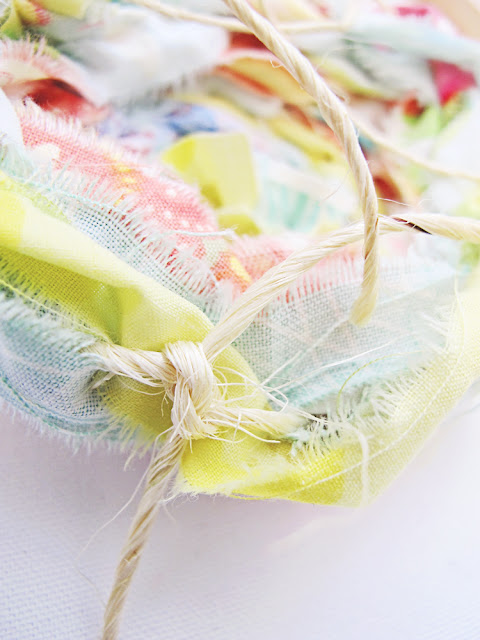 Working on some sweet projects the Spring issue of Inspired Ideas...
love, amy at 8:13 AM 5 comments: 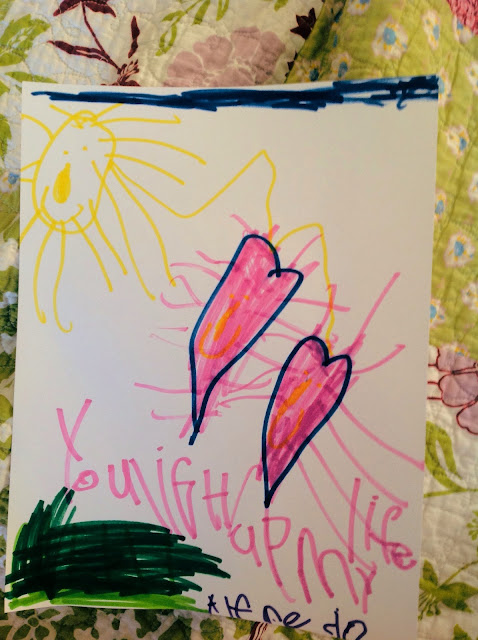 Head on over to Big Picture Classes' blog to see how I made this bag for my iPad...

p.s. It's made from a placemat! 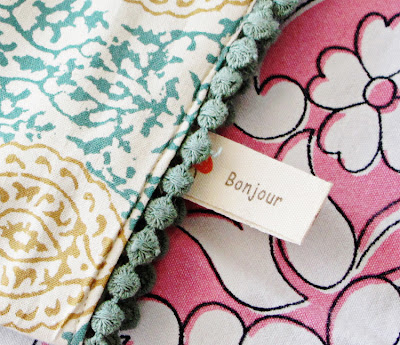 you make the world brighter 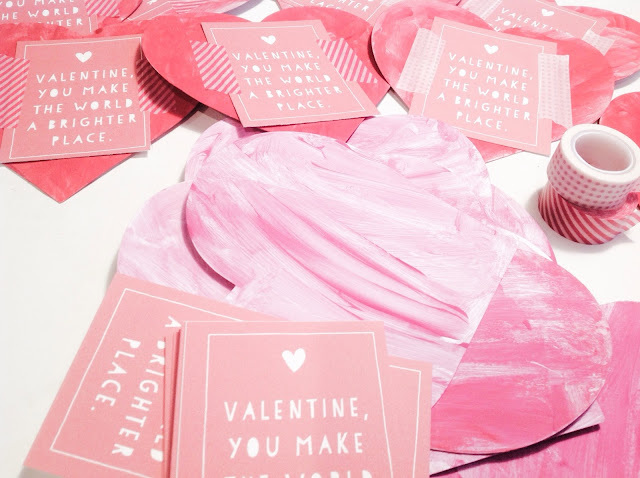 Those painted hearts from yesterday? They made the most lovely Valentines for Alfredo's class. There's a no-candy rule for class Valentines but we wanted to give something special. This is what we came up with... 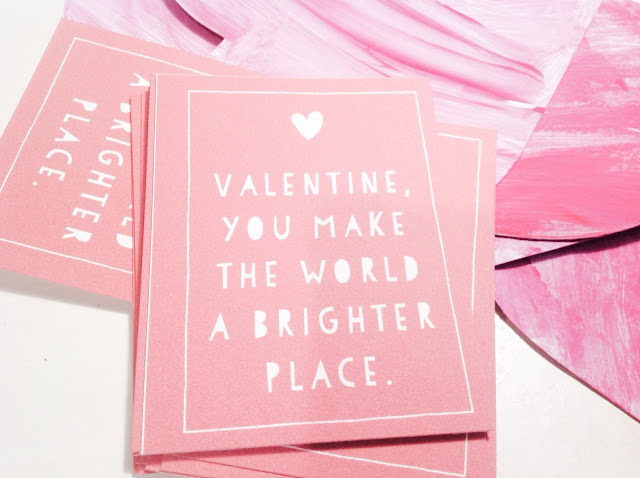 I made this cute little card (using my newest favorite font, papercute). 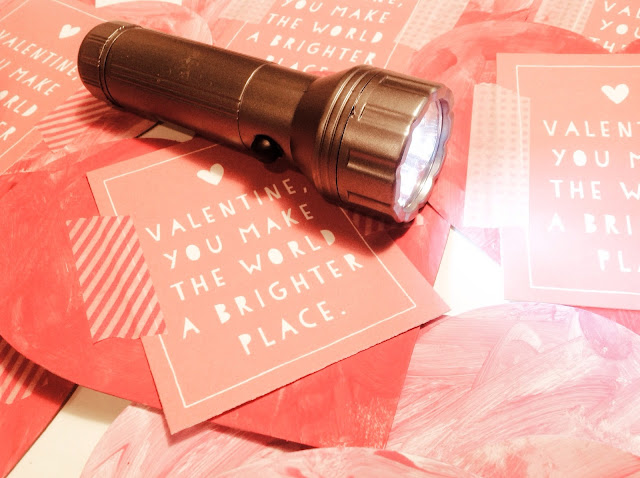 We taped the card to the painted heart using Valentine-ish washi tape. And we tied on a flashlight to each Valentine. (From the dollar store!) 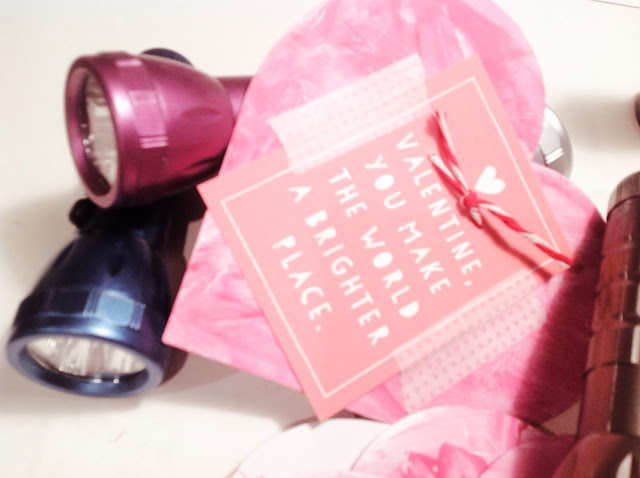 Alfredo can't wait to give them out to his friends.

We painted hearts for part of Alfredo's class valentines. I thought it would be fun to make a quick (only 7 seconds!) stop motion video of him painting...so cute! I stick out my tongue when I'm creating too.
love, amy at 12:24 PM 1 comment:

We were busy making valentines this weekend... 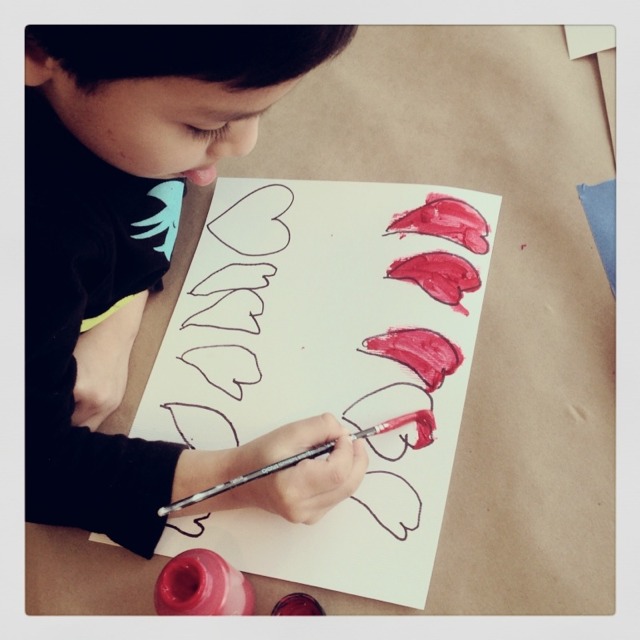 First we drew hearts with a Sharpie (or as Alfredo calls it "a grown up marker"). Then we painted the hearts. No need to worry about staying in the lines for this project...we had fun slapping it on.

Then we added cute little polka-dots using the end of a bamboo skewer dipped in white paint. Alfredo wasn't so in to polka-dotting so I did most of that... Then I cut out the hearts, cutting on the inside of the black lines. The result...

sweet little paper hearts to add with our Valentines! 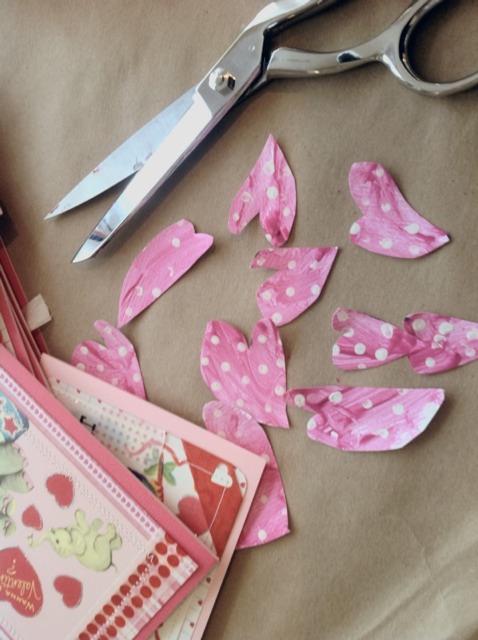 I bought a really sweet Valentine kit at a sweet little paper store in Petaluma. The Valentines were all postcards though and I really wanted a card. 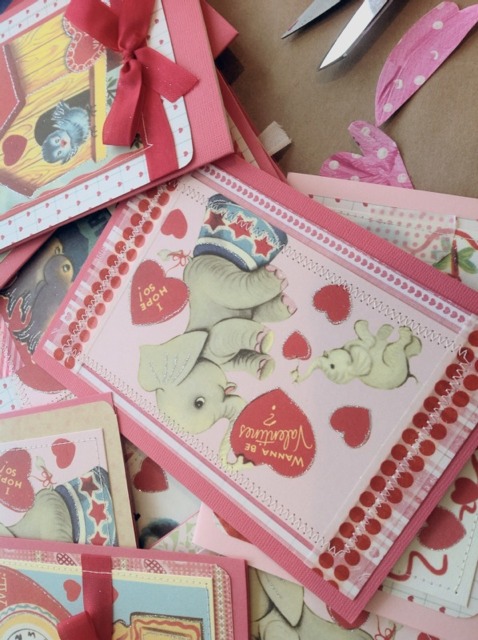 So I layered papers and tapes and ribbons and then sewed around them using my machine. 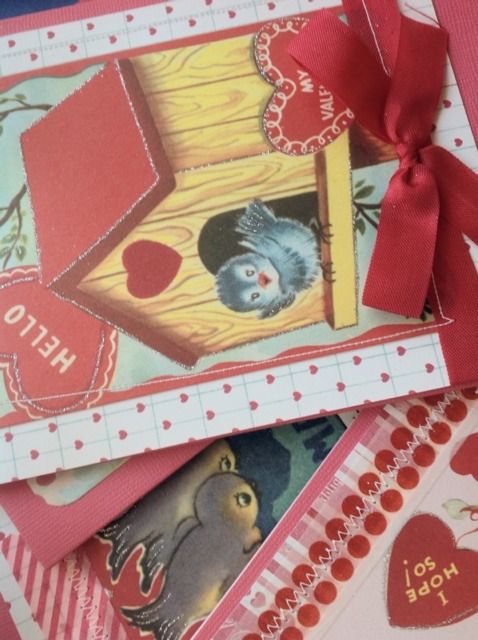 They turned out so sweet. 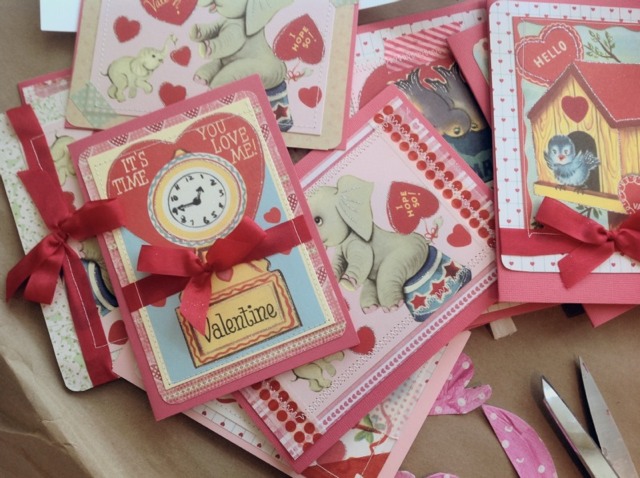 These cute cards were part of a kit I found at Target. The kit only made 8 cards but it was so lovely I couldn't resist. 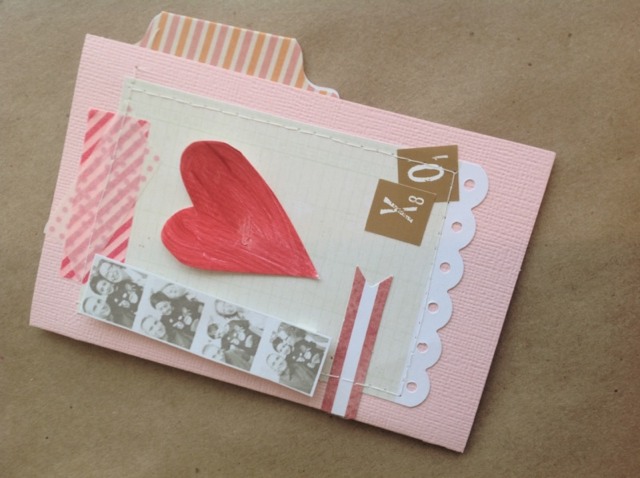 The kit included a cute polaroid-like picture of a heart. I opted to use a painted heart instead. And I added a mini-strip of photos of the 3 of us from Alfredo's party. 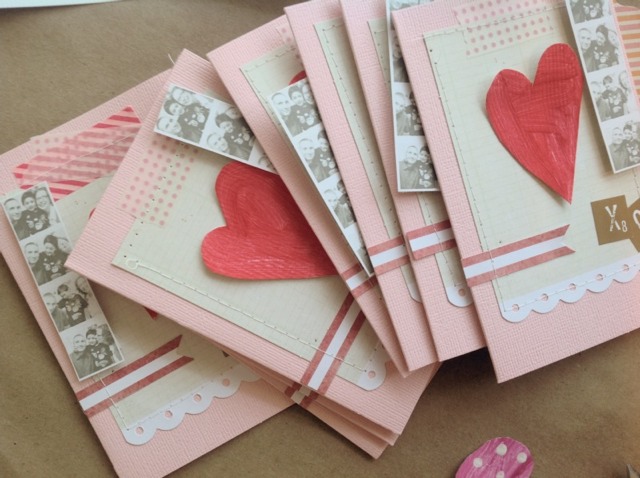 I love how they turned out.

I just posted all these and some took a bit more postage for things sticking up. Here's hoping they arrive in time!

After school today we'll get to work on class valentines... 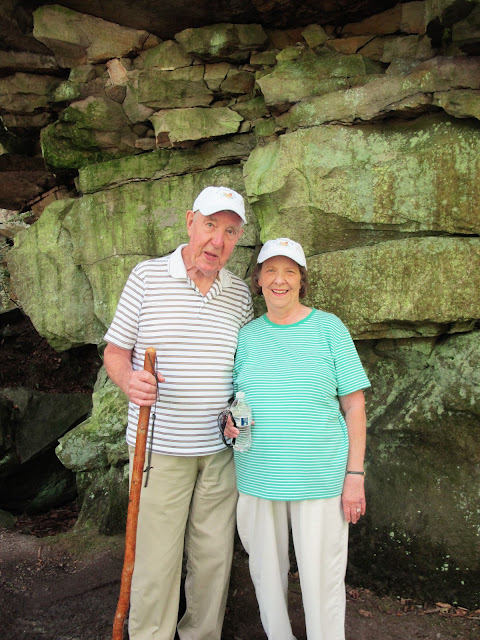 We took them on a hike last summer to see Swallow Falls. I'm not sure they really and fully understood the word "hike" before we went but they sure understood afterwards. Above they are posing for a picture near the falls. And below is an outtake from the photo session that shows how Momma really felt... 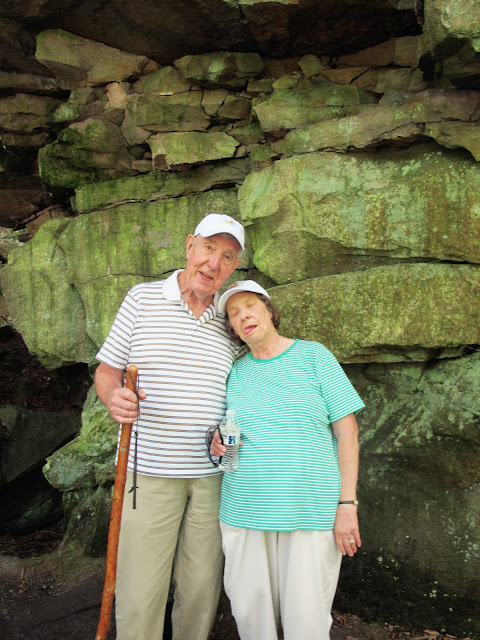 a little bit of catching up... 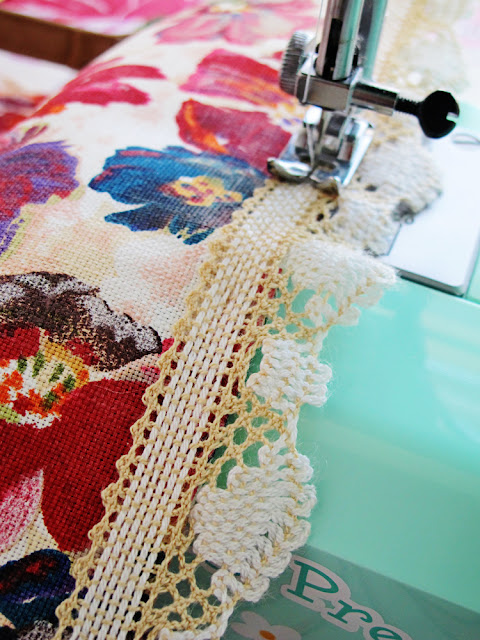 I'm working on something super fun to share with you...I can't wait for you to see. (Tease above)

We had a little bout of the sniffles, first Alfredo and now me. Alfredo is back at school now but I adored those special days of pajamas all day and extra snuggles, a little nest of blankets on the sofa.

I'm holding onto all this gooey sweetness I can. Not just when he's sick but anytime he snuggles near or wants me to rock him...his babyness is fleeting.

He still has this adorable little voice, squeaky and high pitched. I'll have to record him soon so you can hear it too. It is the sweetest little voice and in it I can still hear quite a bit of baby in it (I'd never say so to him...he's a BIG boy!) I know he will grow up and, in time, lose that squeaky little voice. But until then, I'm going to cherish it.

He got his first official report card last week. He received almost all M's (the highest mark)...yay, Alfredo! But the one NI (needs improvement) that he received is in articulation. The teacher recommends speech therapy. I know it's important. Alfredo has always been such an excellent communicator, even before he had words. And even now, at 6, people often have a hard time understanding him. Over time, that could effect him, perhaps make him not want to express himself verbally.

I think his interuption of language (hearing mostly spanish as a young baby, then English with us his first year, then only Spanish for six months just as he was starting to use words, to only English again when he came back to us) has left its mark in his speech patterns. But I have to admit, part of me will miss his little lisp and the other things that will count as "errors". My baby is growing up.
love, amy at 10:19 AM 6 comments: