Okay, so I didn't mean to slip out the back door like that. First was Alfredo's birthday party and then before we knew it we were on a plane to California. And then the red-eye back home.

Alfredo's birthday party was so much fun. We did the party at his Little Gym and it was the best decision ever. The team kept him and everyone else well entertained. This was my favorite part... 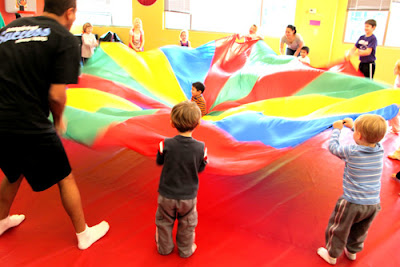 They put him smack in the middle of the giant parachute and everyone spun it around while they sang "Happy Birthday" and then they shook it. He had the biggest smile on his face the whole time and it was so touching to me that I had to fight back the tears. It was just magical.

After playing in the gym for an hour, we had cupcakes and treats... 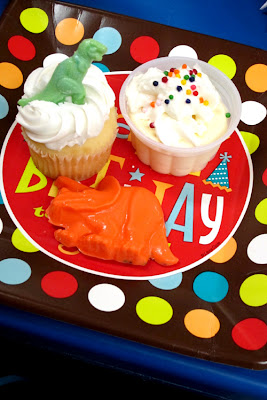 Remember those lollipops? We also made tiny dinosaurs for the cupcakes and big ones for the plate. It was a bit of overkill but we were having so much fun making them that it was hard to stop. (The chocolate molds are from here) 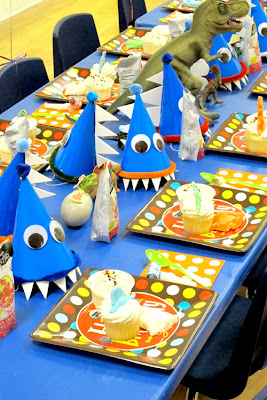 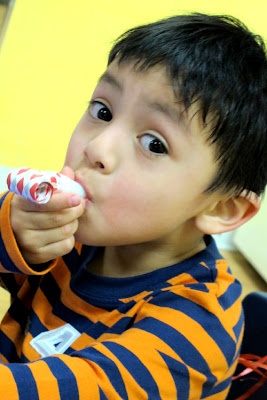 It was a really great day.

Then we were off to California. Alfredo spent a lot of time with his family and it was wonderful. He really misses his papa.

I did quite a bit of work on the next issue. I can't wait for you to see...seriously! But we took a break on Friday to go on an excursion. The weather was a perfect 70 degrees, sunny and beautiful. We drove to Bodega Bay, where the film The Birds was filmed.

With birds on our minds when we saw this weird bird sunning himself on a fence post, we just had to take a picture... 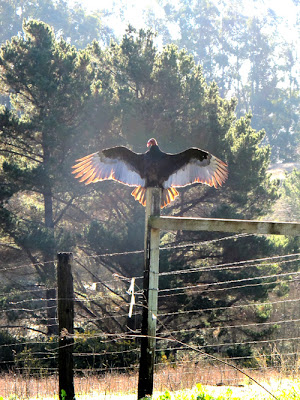 So imagine me with the window of the car just cracked enough to take this picture because I'm actually a bit freaked out...and then just after I snapped the picture, another huge bird flew in and landed on the post beside him. Oh boy, did I freak out. These birds were less than 10 feet away from our car. I was so freaked out that when we got to Bodega Bay I couldn't make myself get out of the car. It's so silly but I seriously thought these birds were going to "get me"! Rich and I laughed ourselves silly. 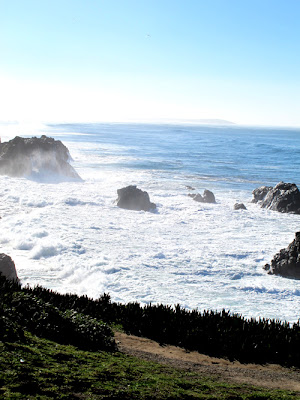 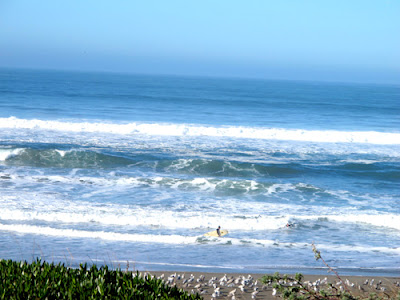 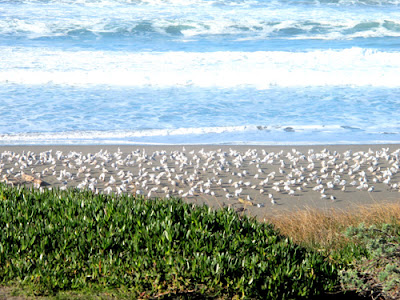 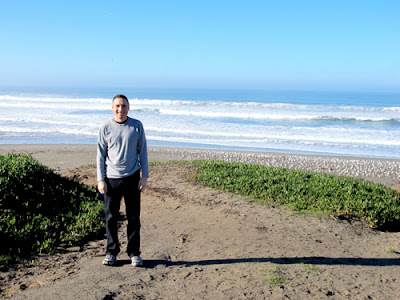 I finally talked myself out the car and had no problems at all with any flying creatures. But just looking at that freaky bird gets me all over again.
love, amy at 8:45 AM

my youngest girl is afraid of crows...i have no idea how this even happened...creepy halloween decorations maybe?? anyhooo...i hope to show her one day how smart and harmless they are. THOSE BIRDS are creepy looking though for sure!

Alfredo looks so happy, he most definitely had a grand time at his birthday party! So glad everyone enjoyed themselves in California and that Alfredo had a wonderful time with his family there. Love your photos, fantastic shots, makes me miss my home state (especially with all the snow we are getting in NY - LOL!).
By the way Amy, that bird you took a photo of, well its called a Turkey Vulture. Not the most attractive looking bird is it? I can see why it would give you the heebie jeebies - LOL!

What a fun party and cute birthday boy. Love the other pictures as well.
If those two birds freak you out this surely will. For some reason we have turkey buzzards....as big as your birds.....that roost in our tess in the winter. Ths year about 50 or so. When they fly over our heads the noise their wings make almost knock me off my feet. One year we had 200......they sit in our trees day and night. We only live on a half acre.........very freaky.

I agree, turkey vultures are creepy-looking, especially up close!

So glad Alfredo had such a happy birthday, and that he got to spend lots of quality time with his family!

Welcome back, Amy! I missed you!

Hi Amy - I am a new and avid reader of your blog and an admirer of your many talents and your great color sense. Beautiful stuff and truly inspiring! I wanted to tell you that in the latest entry, I LOVE the dino hats! Are they an original creation? My son is just out of the "theme party years" and I miss making fun and magical parties for him enormously. Enjoy the experiences! Best regards.

Wow - the parachute picture is just so precious, I love it! So glad Alfredo's birthday party was a hit! He will always remember it.

What a fabulous birthday! Alfredo looks like he's really enjoying himself! I adore the dinosaur decor and cupcake toppers. Aren't molds the best?!

Hi Amy,
Glad you got home safe and sound and had fun all the way around (birthday parties, work and excursions!) The weather has been so lovely the past 2 weeks, but they say it will dip down into the 50's next week....oh well, it is the middle of winter in Northern California. :o) Maybe next time we can meet. Get some rest. Oh yes, will assume your Dad is getting better and better each day. Love, Lori

lol! youre so cute. That bird looks like a vulture. of some sort. Little Alfredos party must have been so much fun for him. the hats you made are adorable. I know I've said it before, but he is so very lucky to have you in his life!!
looking forward to you next issue amy!
xoxo
vivian

Oh, Amy,
So good to see you. Your party idea is great. I think most of us get to the point of those "out of the home" birthdays! Alfredo looks so happy...and so grown up. I remember that little guy!
We are in Palo Alto for Jud's radiation. He is getting a specific kind called SBRT that he can only get at several hospitals. I pray that is helps. The next stage would be looking at surgery...back to Stanford in four-six weeks (with chemo in Minneapolis in between). His spirits are very good. Mine are ok but vary a bit more. Some times those tears just have to fall!
Sending you love, dear Amy.
Suz

You crack me up, Amy! And Alfredo is getting so big!! Sounds like you had a great trip. Loved catching up with you here. xo

Alfredo is just so cute...and I love what you did for his birthday party.

I have had those buzzards land in my yard and do that sunning thing! I agree it is really freaky!

Alfredo looks like he had a really fun party! So glad he enjoyed himself and the trip to CA to visit his Dad. So did you drive by the old church too? Bodega is beautiful. The turkey vulture doesn't creep me out. Though I must admit I wouldn't get too close just the same! Be very careful next to the water in Bodega it has a terrible undertoe.
It's not like other beaches. Glad your trip to Northern Ca was a good one! Kind regards! Bridget

we're planning a dino party and i'm having a hard time coming up with plates and stuff that i like! can you please tell me where you found your plates and party hats?? thank you so much!!